China imported a record 6 million tons of LNG during November 2018, raising the year to date import volume to 47.6 million tons, an increase of 43% from the same period in 2017. 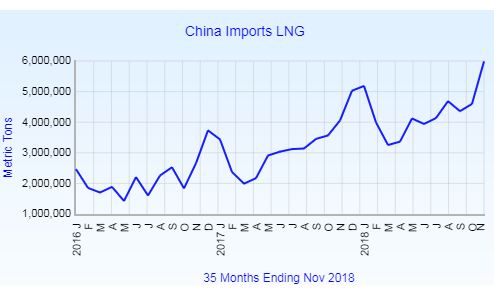 Despite lower volumes in recent months because of duties imposed by China during the trade war, the US was China’s fifth largest supplier year to date, with imports totaling 2.2 million tons through November, up 71%. 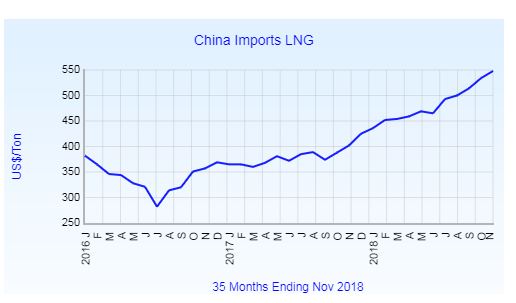