This new Report tracks the movement of liquefied propane gas between all importing and exporting countries and regions. In 2016, trade volume was 70 million tons, up 9% from 2015. Preliminary data shows volume as of February 2017 YTD up over 20%.

China was Asia-Pacific’s largest importer of liquefied propane gas and imports have been trending higher since 2013. Volume in 2016 set new monthly records and totaled 11.6 million tons, up 36%. 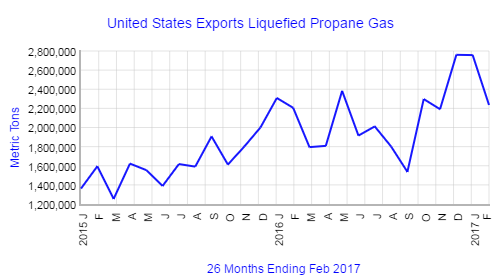