The volume of polypropylene homopolymer traded globally in 2015 was 17.3 million tons, up  3% from 2014. Imports into Asia-Pacific were unchanged from the prior year. Western Europe’s imports rose 21%; North America’s, 42%, but on small volumes. Data available to date for 2016 indicates a continuation of these trends.

China’s imports through March 2016 of 685,100 tons were down 27% from first quarter 2015, noting a particularly weak rebound in March from the holiday-related slowdown in February.  Imports from Saudi Arabia were cut by nearly 50%; imports from other sources also fell. 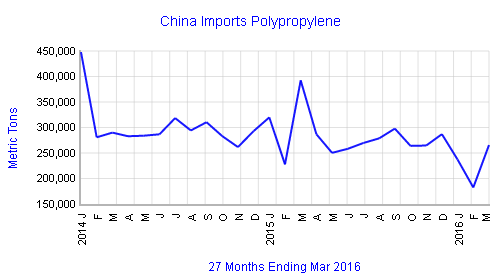 Evidencing tight supplies, US imports of polypropylene reached new highs in the second half of the 2015 and totaled 185,000 tons for the year, up 37%. Polymer was sourced from Canada, Korea, Israel, Mexico, Colombia and many others. Sharply higher volumes were imported in both January and February 2016, volume to date up 145%, to 62,000 tons. 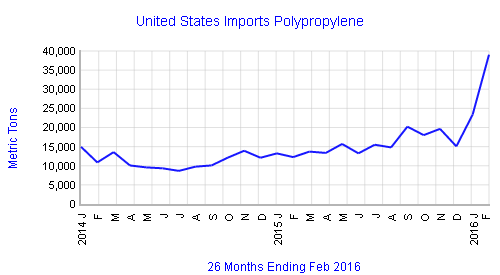 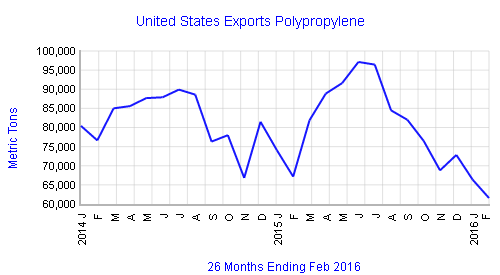