Unusually low imports of monoethylene glycol into China early in 2016 were reflected in trade flows globally, especially exports out of the Middle East and from Asia-Pacific suppliers. Global volume of 8.1 million tons through August was down 11%, despite strong demand in several other markets.

China’s MEG imports plummeted in the first quarter of 2016 and remained generally below levels in prior years through August. Imports were 4.8 million tons August YTD, down 18%. 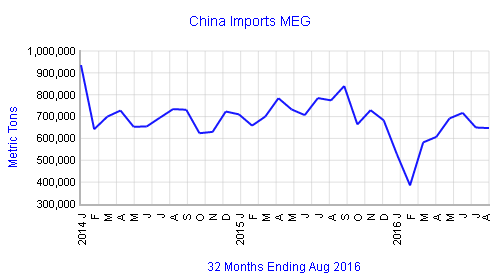 A production outage in Singapore early in the year was evident from the drop in the country’s exports: 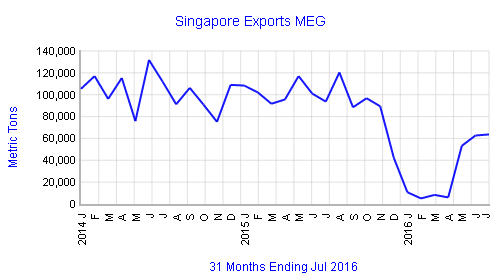