China’s imports of methanol surged to new highs in the second quarter of 2016 and continued very strong through August. Year to date, imports were up 68%.

Imports through August 2016, 5.9 million tons, exceeded the amount of methanol China had imported in any year from 2011 through 2015. 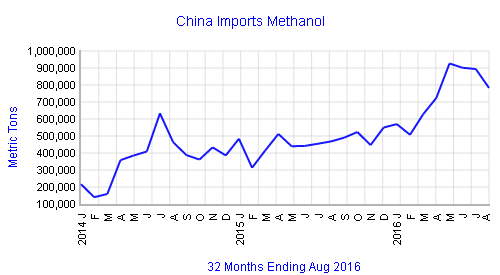 Because of the huge increase, China accounted for about a quarter of the world’s trade volume, up from 14%-18% in the last five years.