The volume of propylene glycol traded globally showed a 1% rise through August 2016, to over 600,000 tons, based on earliest available data.

Asia-Pacific exported over 80,000 tons of propylene glycol to other regions through that period, up 28% mainly on gains to Europe, the Middle East and Africa. 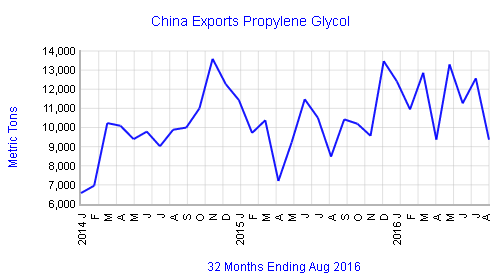 China’s exports have been high since December of 2015; average prices have hovered around the $1000/ton mark since June of 2016. 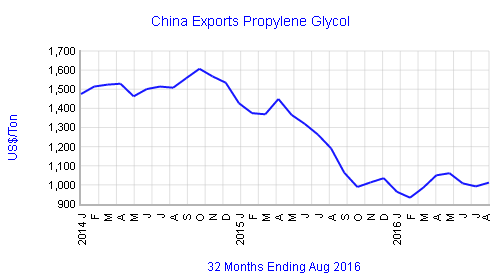