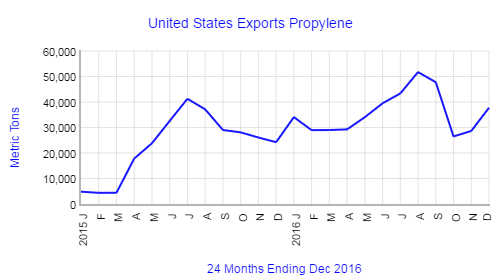 The average US export price was roughly steady around $700/ton from September 2015 through July 2016, climbed to $1000/ton by October, and then declined to $733/ton in December. The higher prices in October and November correlated with a drop in shipments. 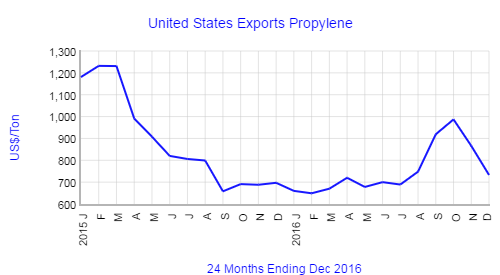