After more than a year of inactivity, the United States began exporting ethylene in May, 2015, and shipments since then have averaged roughly 15,000 tons per month. 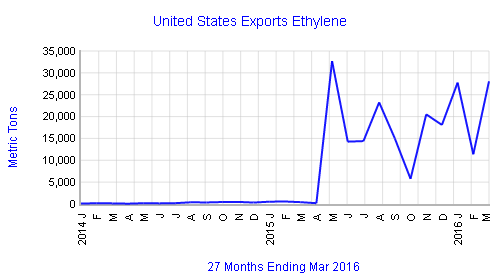